This watch is sold

Please complete the form below and we will notify you when a similar watch becomes available.

Released in 1954, the GMT-Master resulted from Pan Am and Rolex collaborating on a watch that could tell the time in two different places at once

With the further innovation and popularisation of commercial flying, the distances of flights became greater. This resulted in pilots crossing into different time zones more frequently. Thus, a need for uniformity across the industry was borne as potential issues could arise when communicating with ground teams in a different time zone to the pilots. To eliminate these errors, the aviation industry adopted a standard time-zone, Greenwich Mean Time. As such, the GMT-Master’s fourth hand, the 2nd-hour hand, was to stay on Greenwich Mean Time – which is where the name for the watch comes from.

The Rolex GMT-Master ref. 1675 introduced in 1959 and discontinued 21 years later in 1980, is viewed by collectors as the archetypal GMT-Master. Of course, it wasn’t the first GMT-Master to be produced, but it was the reference that established the GMT-Master within the public conscience as a worthwhile tool watch to own. With its long production run, the ref. 1675 has been subject to numerous changes throughout its lifetime, some minor and some rather major. The entire reference itself, however, built upon the earlier ref. 6542 with some significant differences. The ref. 1675 came with an improved aluminium bezel insert which replaced the previous material, Bakelite. The second change was the introduction of crown guards, together with the new bezel, the ref. 1675 is a far more robust timepiece than its predecessor.

Original sunburst brown dial with luminous inlaid gold markers, referred to as a “Nipple” dial. This dial & bezel combination is known as the “Clint Eastwood” as the actor wore the same model as his personal watch and in films such as Firefox. The dial is signed “T Swiss T” referring to the original tritium luminous used on the dial. The dial has not been touched and remains in excellent original condition.

The two-tone GMT reference 16753 in stainless steel with solid gold 24 hour rotating bezel. The original bezel insert has a small scuff at 12 o’clock but is overall is still excellent. The 6.5 million serial number in-between the lugs denotes the year of production to 1981. This reference uses the cal. 3075 movement with quick set date change. It features a plexiglass crystal with a “Cyclops” magnifying the date display and a gold Rolex Twinlock screw down crown. The case & bracelet have been professionally polished by our watchmaker giving the watch a stunning aesthetic.

This watch comes a Rolex box, booklet & calendar. It is also accompanied by documentation to guarantee the authenticity, and a certificate from The Watch Register stating that the watch has cleared their extensive database of lost & stolen watches.

This watch has been checked by our experts and serviced by our Rolex authorised watchmaker, so that we can guarantee the authenticity and provide an 18 month mechanical warranty. 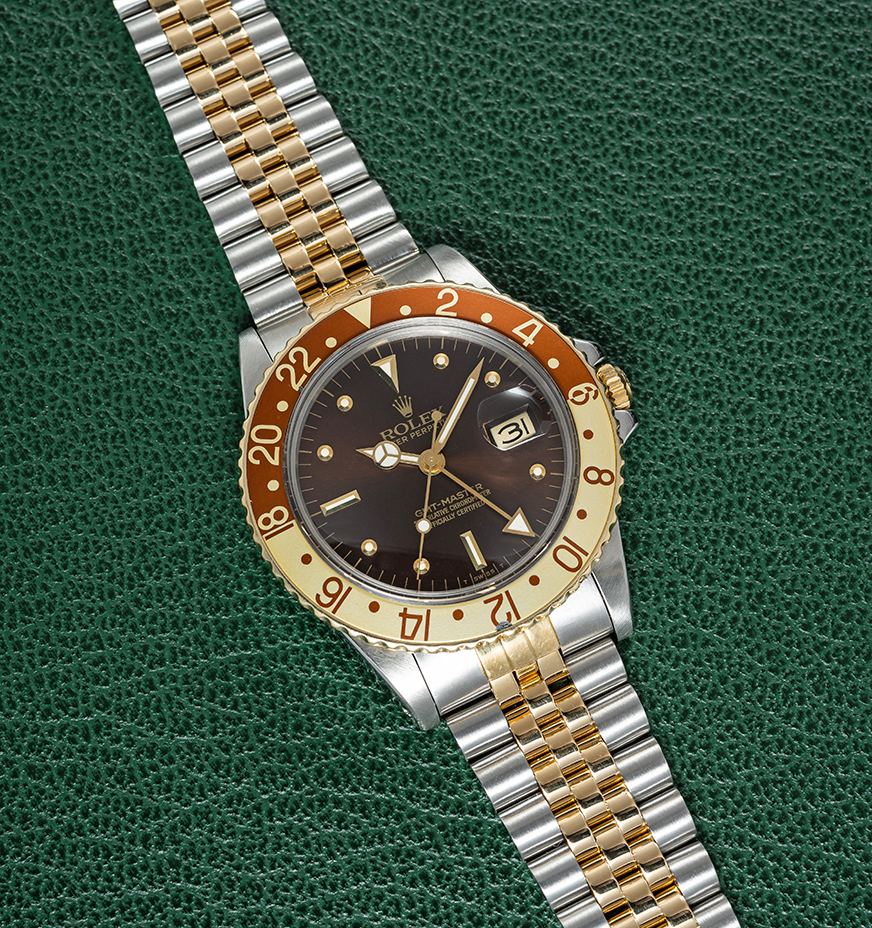 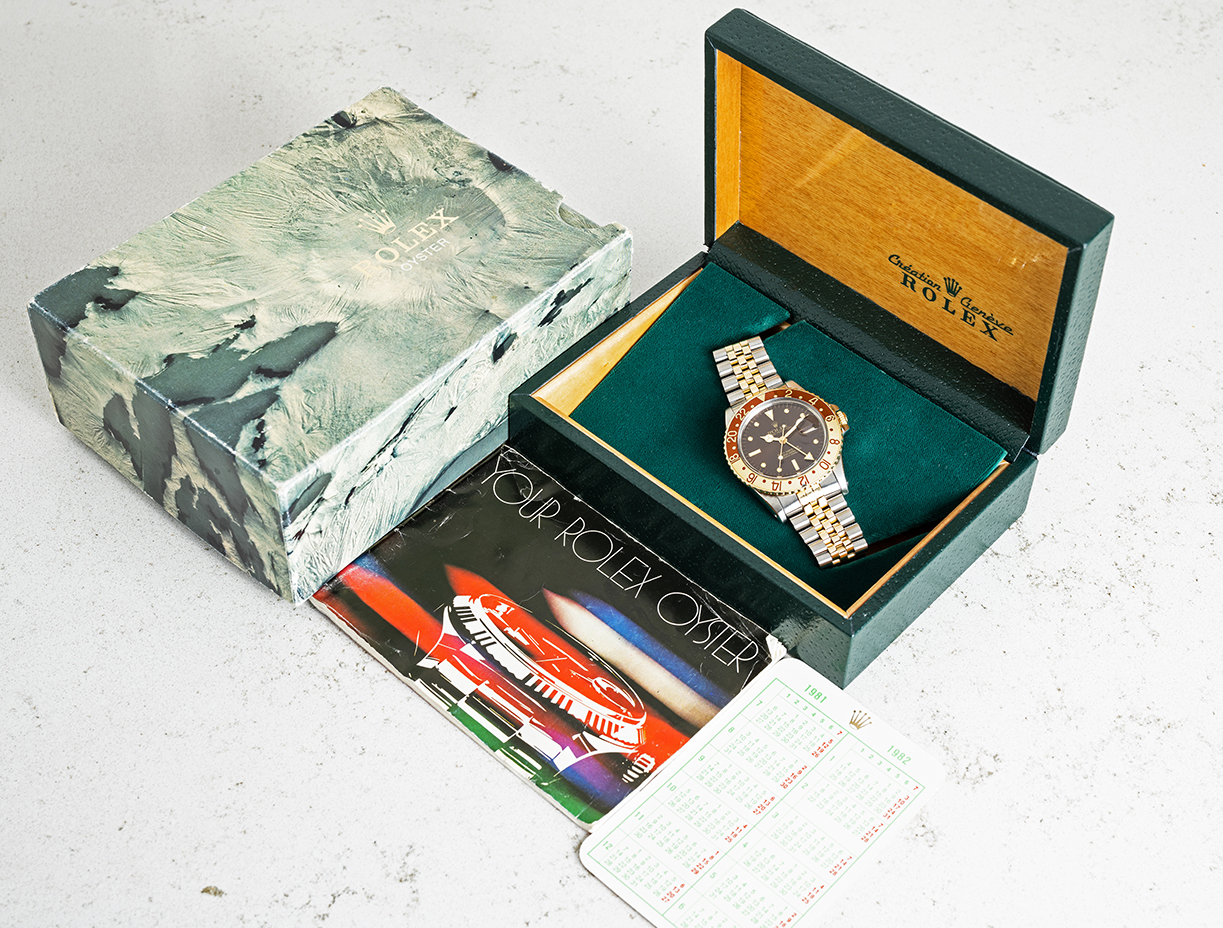 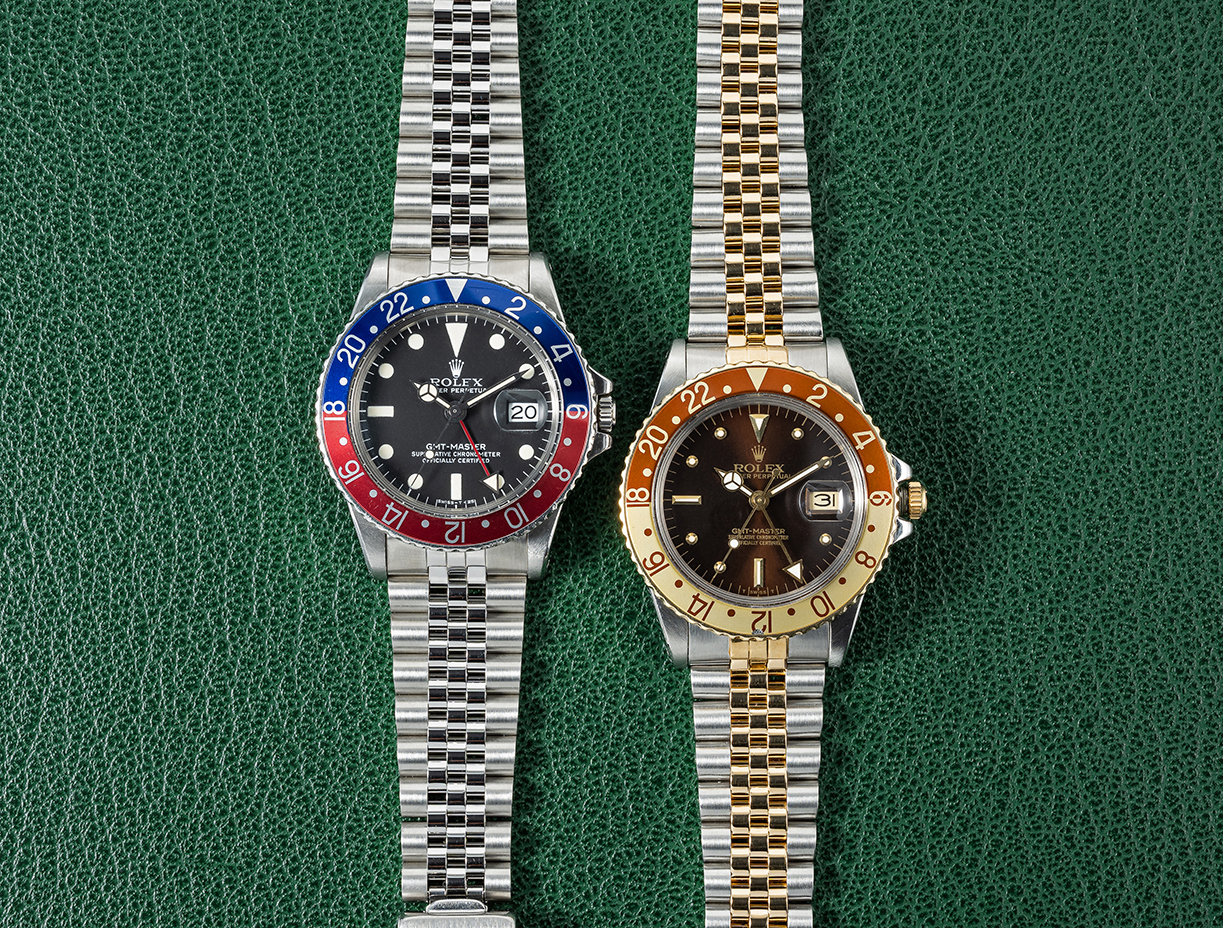 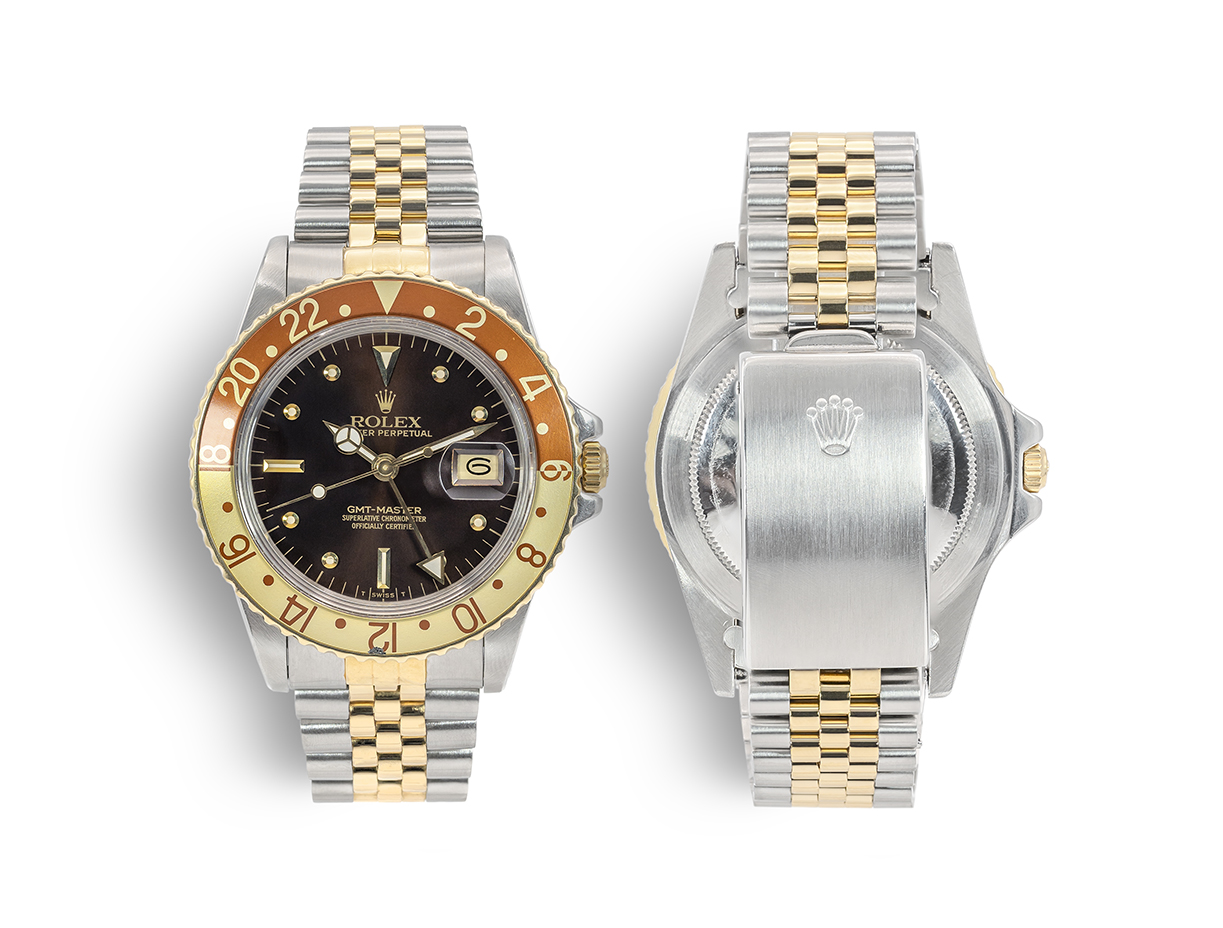 Watches of Knightsbridge Featured in